We have been buuuuuuusy! Thought I’d drop an update just to let you know what we’ve been doing and what you can expect to see coming in the future. So read on.

What a heavy weekend, in more ways than one. We have finally recharged from Red Sun Festival that happened over the weekend and have started to sift through the footage.

Red Sun did exactly what it set out to do;  to celebrate everything HEAVY! The bands were awesome, the people were a great laugh, the whole festival was just phenomenal. Can not wait to dive into the edit and create something awesome for you guys.

Special thanks to Owen, Tom, Ozzy for getting me on board. To document the start of something exciting and new for Cardiff and it’s music scene is an honour. Can’t wait to see how it evolves in the years to come. 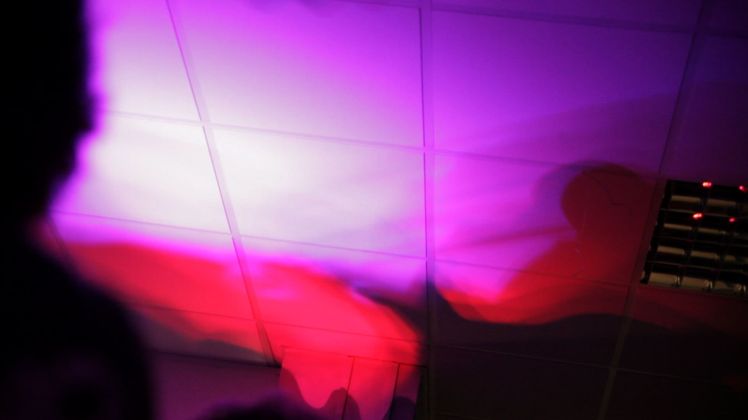 A few weeks back we were invited to film the opening night of No Hands!. Promises of Psych Art and the subversive did not disappoint with art, local and international, being showcased at The Abacus.

Opening it up properly we had music from the spasmodic Heil Zilla, sludgy Prog from Spider Kitten and to finish it off we had the astonishing Sly and the Family Drone and their drum circle antics.

There was a great turnout for the show curated by Sam Wall AKA Ekstraternek, his debut show no less. There was an atmosphere of fun and curiosity to the evening’s festivities. By some strange series of events it even led to people getting trapped in a bank vault!

Can’t wait to get this video out as. In the vein of the exhibition I shall be making it more subversive and darker than things I have made before.

P.S. Long overdue but still coming we have the Empty Walls film to come in the coming weeks.

This site uses Akismet to reduce spam. Learn how your comment data is processed.